Stratigraphical charts for the Quaternary

The table provides a correlation of chronostratigraphical subdivisions of late Cenozoic geological time, spanning the last 2.7 million years. The timescale of the correlation table is based on the internationally-recognised formal time subdivisions: the Phanerozoic Eon; the Cenozoic Era; the Quaternary System or Period; the Pleistocene and Holocene Series, and finally the Early/Lower, Middle, Late/Upper Pleistocene Subseries. At present the subseries divisions of the Pleistocene are not formalised. Series, and thereby systems, are formally-defined based on Global Stratotype Section and Points (GSSP) of which two have been ratified within the last 2.7 million years.

The chart should be referred to as : Cohen K.M. & Gibbard, P. 2011 Global chronostratigraphical correlation table for the last 2.7 million years. Subcommission on Quaternary Stratigraphy (International Commission on Stratigraphy), Cambridge, England. 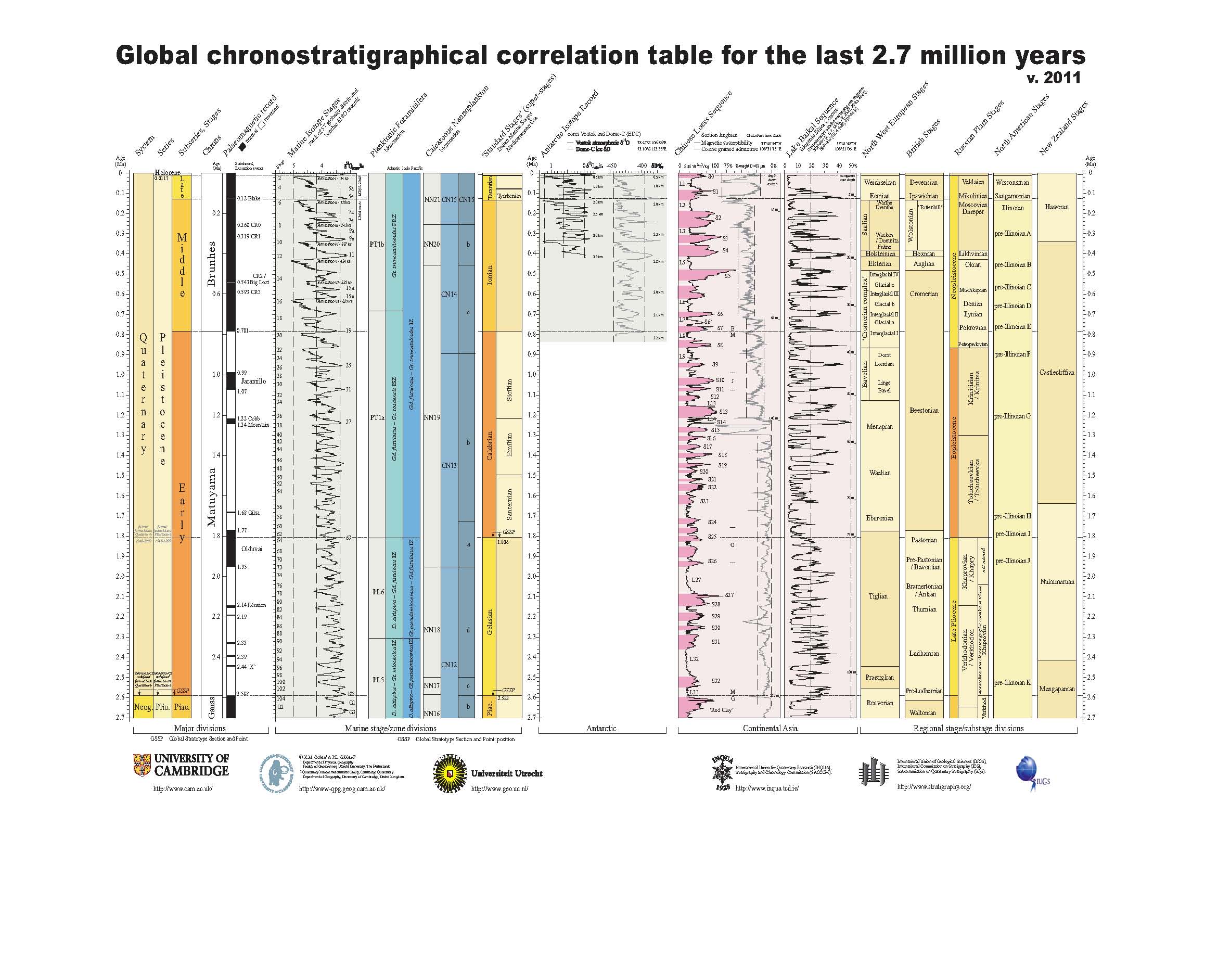 Correlation of late Cenozoic chronostratigraphical divisions from the Geologic Timescale 2012 (Gradstein et al.). Drawn and reproduced by kind permission of Jim and Gabi Ogg. click on image to download a jpg version. 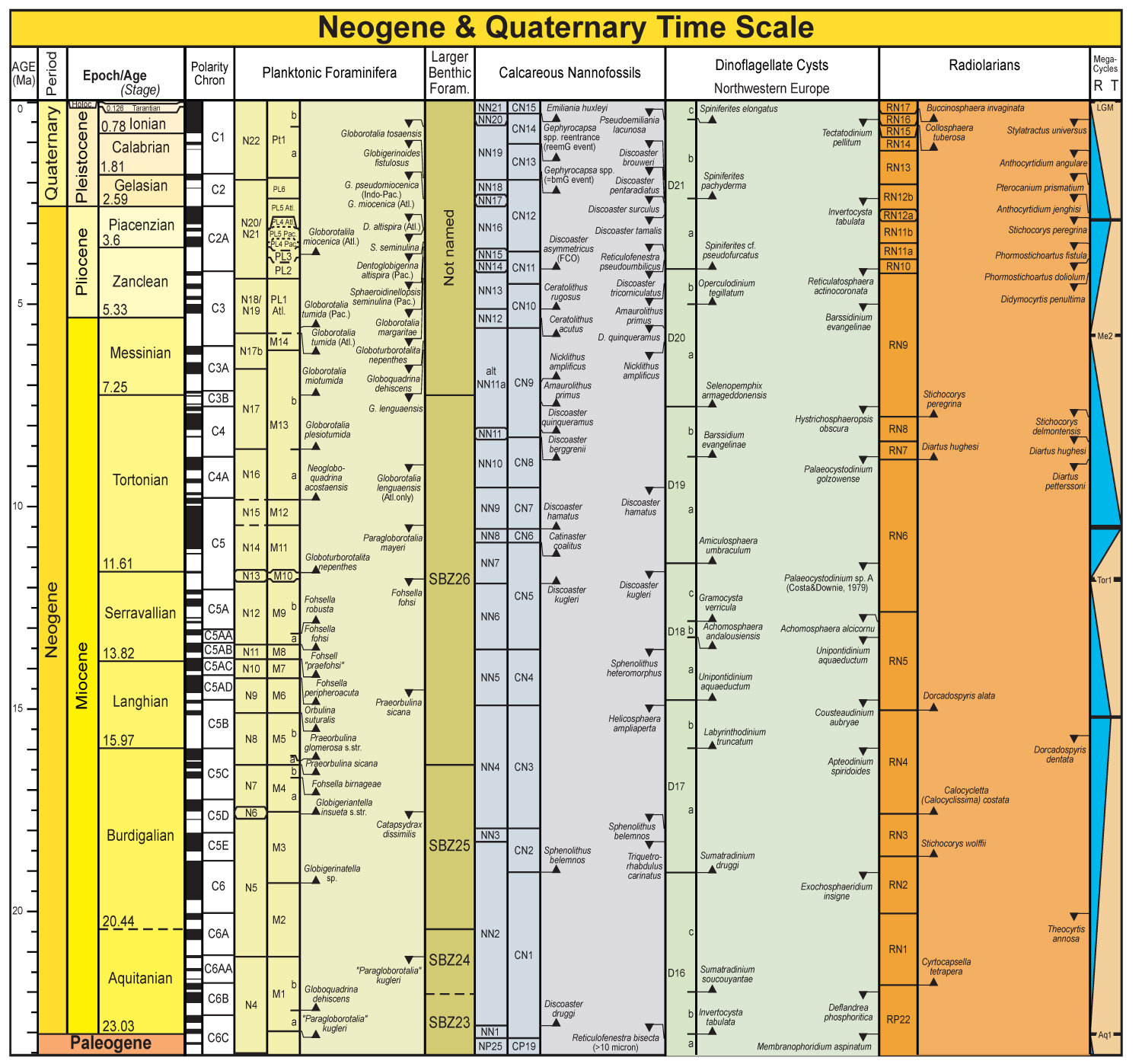 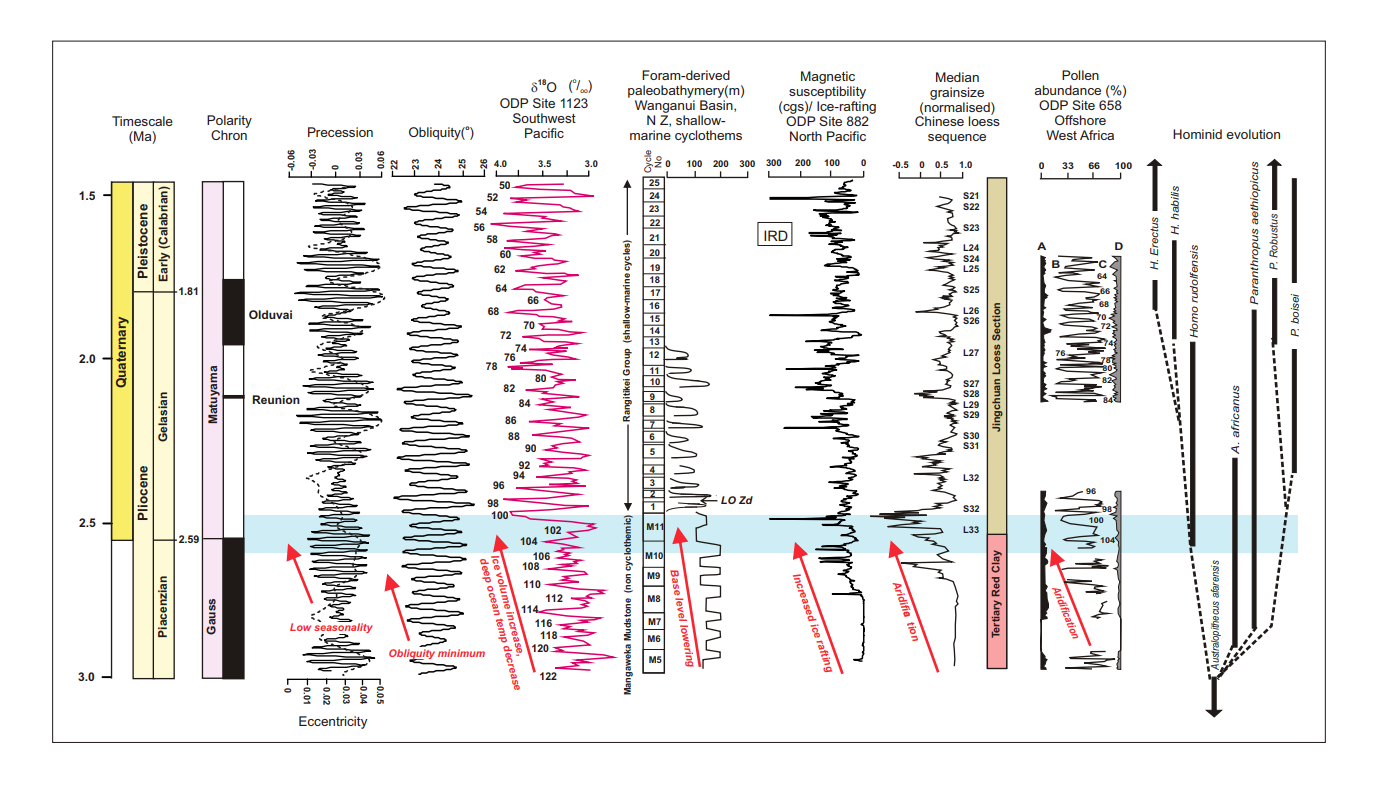 Elsewhere on the web – The following sites produce up to date stratigraphical charts for all divisions of geological time:

A 2009 Geologic Time Scale chart by the Geological Society of America published in GSA Today. 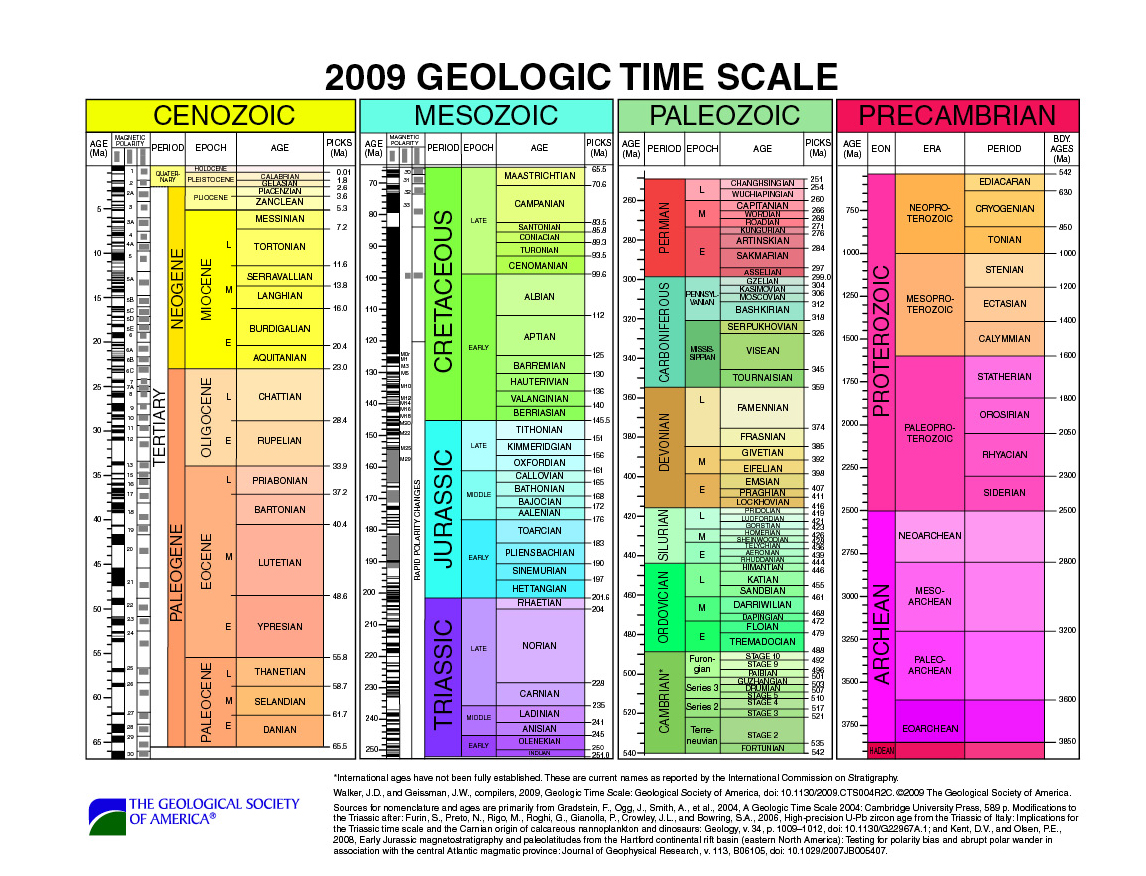 The Quaternary of Colombia 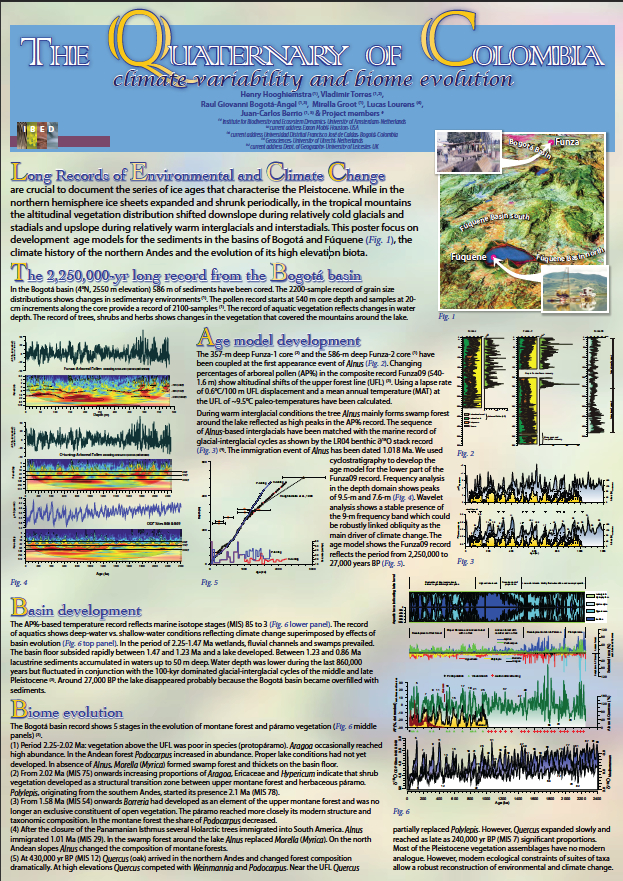