This is the Version History page. Go back to the CHARTS page to download the latest version. 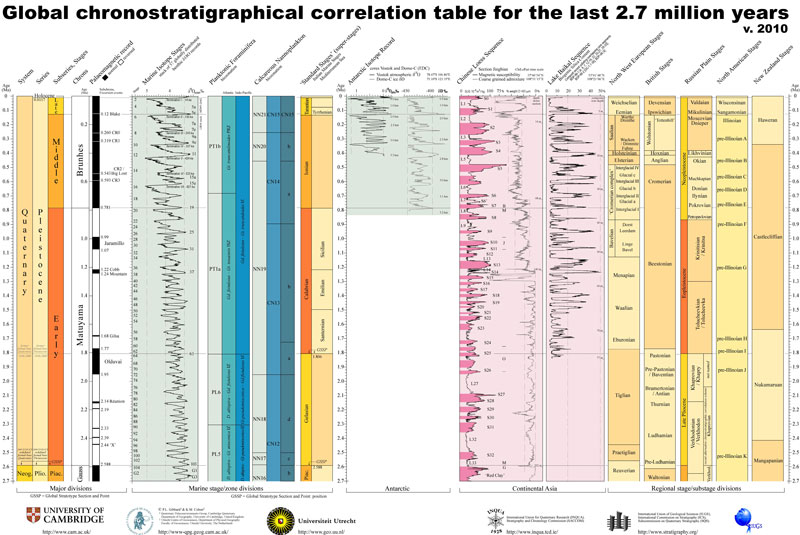 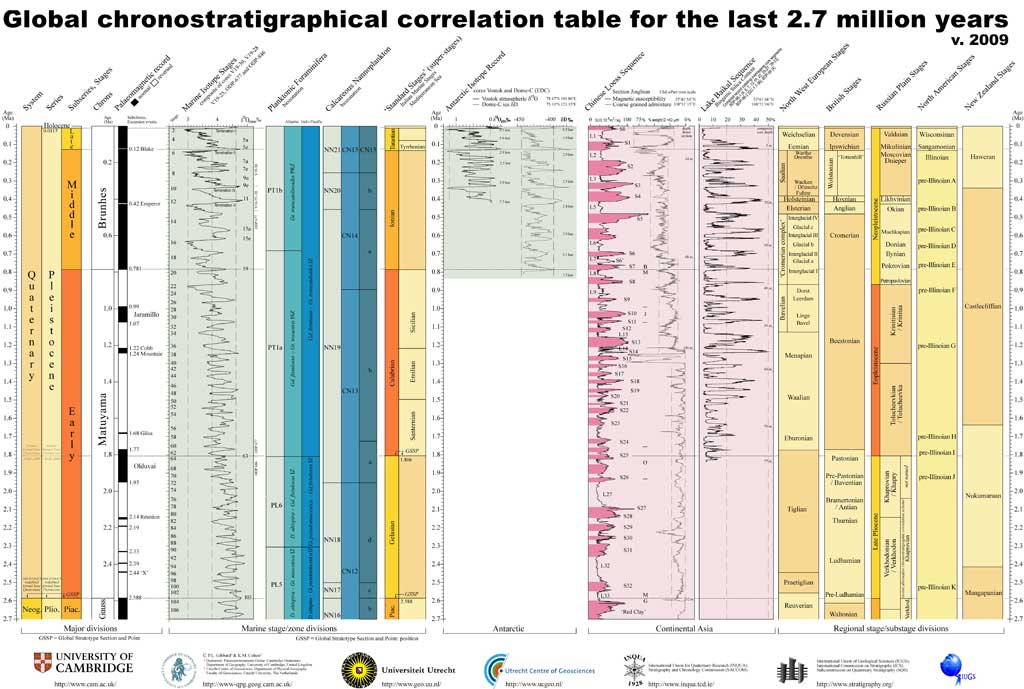 A version was produced for the Episodes special issue on the Quaternary (Gibbard & Cohen, 2008). Main changes:

Available for download is: the Episodes article as a PDF (contains chart, documentation and full references)

Displayed below is v.2007b in low resolution. For download are: a bigger jpg version (2.4 Mb) | a printable version (PDF).

The 2005 version of the chart was published as an unpaginated inclusion with Boreas volume 34 (1) and web-published on this site. 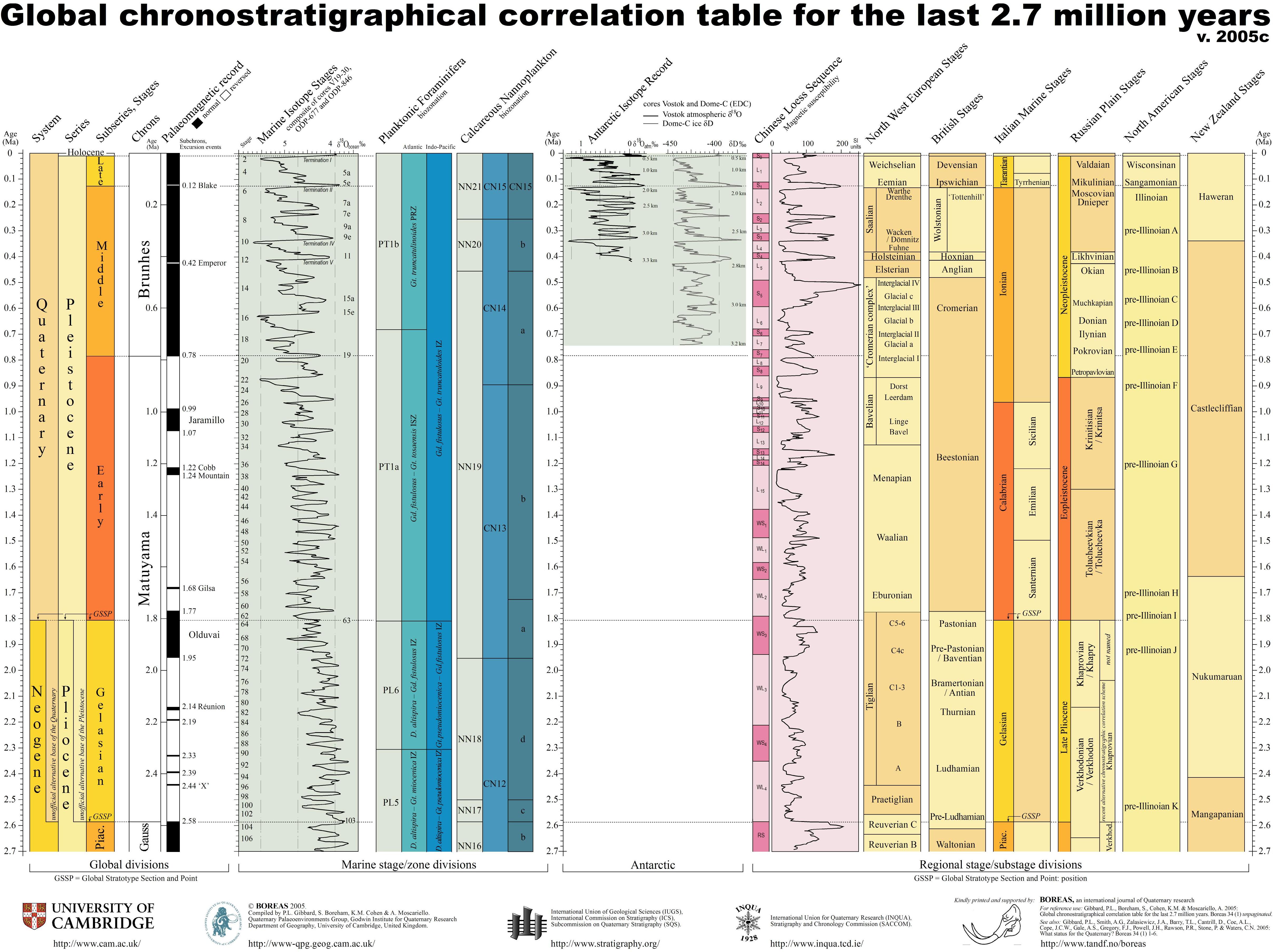 The chart was first produced and web-published on this site. It intended to provide a simple pictorial guide to correlation of the chronostratigraphical subdivisions of geological time during the late Cenozoic, to fulfill Task C of the SQS Science Plan. The chart was compiled by P.L. Gibbard, S. Boreham, K.M. Cohen & A. Moscariello.

The printing and distribution of a poster version was supported by Royal Dutch Shell BV. These privately published hard copies ( v. 2004 ) of the chart contained a serious error: the depicted Vostok curve is not the data of Petit et al. 1999, but in fact a benthic foram deep sea marine curve. Version v. 2004b has this corrected.